Purpose: To celebrate 100th anniversary of Statehood and to "sell Minnesota to Minnesotans and to the world."

Organization: Statehood Centennial Commission created by 1955 Legislature; $100,000 granted for planning phase with additional $1,100,000 forthcoming in 1957 upon submission of final plans. While Commission directly staged many events, County Committees were "broad framework on which mass participation could be built"; all 87 counties so organized. Local activities were financed by modest direct assistance from Commission, by county funds and sale of multitude of souvenirs.

Medals: While there was no Official Medal sponsored by Centennial Commission, there was an Official Emblem, designed by Will Schaeffer, which appeared on most local and private issues.

Arcs around entire border enclosing design of four unequal segments, upper l. and lower r. are frosty, other 2 are bright; around, in upper two segments Minnesota Centennial; in lower l. 1858, in lower r. 1958; central design is that of two heads, back to back, female to l. and male to r.; below are two outstretched hands holding items representing agriculture, industry, forests, ore.

Originally struck as trial pieces to interest cities, counties, merchants and others to use reverse for individualized purposes. They also proved popular in uniface form; sold widely by smaller merchants as souvenirs. 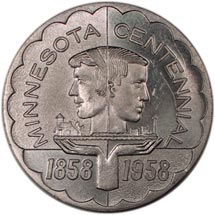 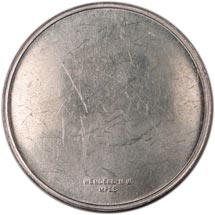 Obv. Official Centennial Emblem, per above.
Rev. UNIFACE except for microscopic Wendell-N.W. / MPLS. 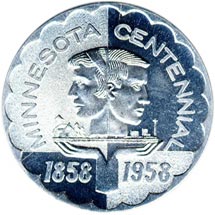 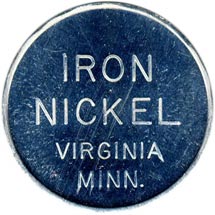 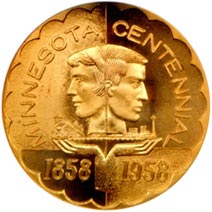 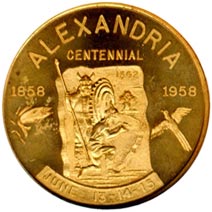 Obv. Official Centennial Emblem, per above.
Rev. In center, on tablet or shield, is design of 2 Viking figures, one standing with shield and spear, other on knee carving stone block; in upper right of general design is 1362; above design Alexandria / Centennial; to l. 1858 above a fish; to r. 1958 above a bird; below design, on ribbon, June 13-14-15

Issued by Murray County Centennial Committee at Slayton; 1,000 struck and sold for 50 cents. 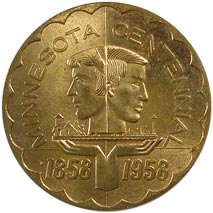 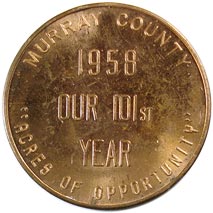 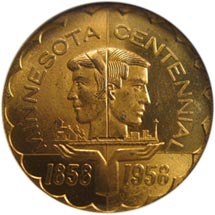 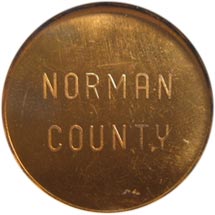 Obv. Official Centennial Emblem, per above.
Rev. In two lines, across Norman / County. 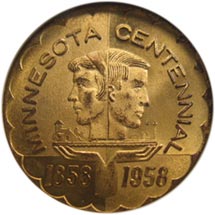 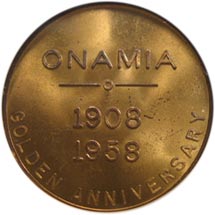 Issued by Lodge and presented free to members, their centennial year concurring with that of State. This was very limited issue. 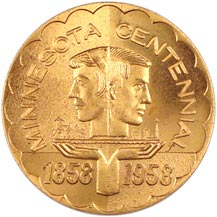 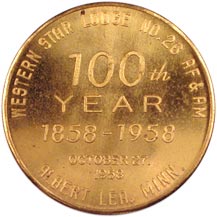 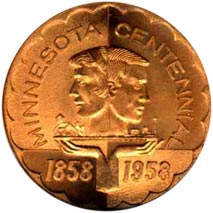 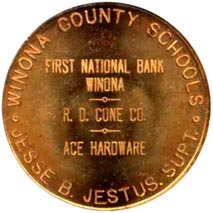 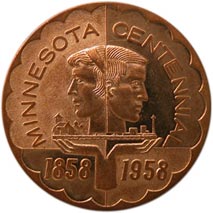 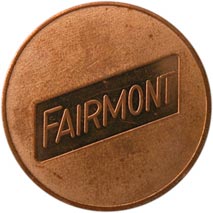 Obv. Official Centennial Emblem, per above.
Rev. At center, within recessed parallelogram Fairmont